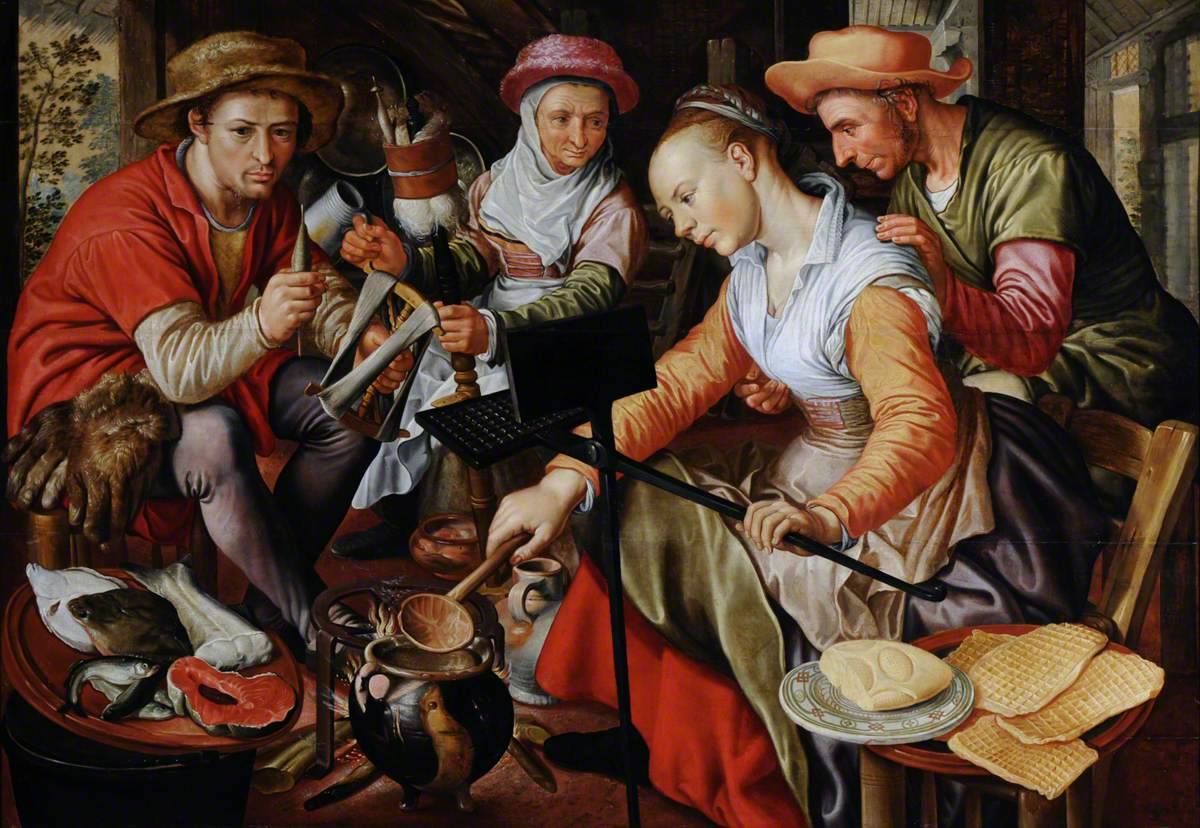 Thrum
noun
Definition of thrum
1 a (1) : a fringe of warp threads left on the loom after the cloth has been removed (2) : one of these warp threads
b : a tuft or short piece of rope yarn used in thrumming canvas —usually used in plural
c : bit, particle
2 : a hair, fiber, or threadlike leaf on a plant; also : a tuft or fringe of such structures

Thrum
verb
Definition of thrum
thrummed; thrumming
transitive verb
1 : to furnish with thrums : fringe
2 : to insert short pieces of rope yarn or spun yarn in (a piece of canvas) to make a rough surface or a mat which can be wrapped about rigging to prevent chafing

A while back, the first time I wore my Antwerpen jacket I noticed that although my body was warm, my hands and my head were still cold. I started digging into it and quickly found that Aleit Pietersdochter over at The New Cut made mention of women wearing a “thrum cap”. A bit more investigation dug up this knitting pattern by Sally Pointers on Ravelry. It turns out that thrummed caps are fairly popular with 16th/17th century sailors and others. I read over the pattern and it all looked straight forward (and I already had the yarn and properly sized needles) so I jumped right in.

Originally I’d planned to make this for my husband but when I showed him pictures of the hat that others had made he objected to it. It’s not to his taste. So, fine, I’ll knit it for me.

In the middle of knitting this hat I ended up working on another project. So there’s really only about 1.5 weeks of sporadic knitting involved in this.

This was terribly easy to knit. It only used knit and purl and the instructions were fairly straight forward about how to add the thrums.

I used 6″ thrums. Now that it’s done I suspect 6″ is a bit long.. BUT while knitting I would worry that shorter thrums would pull out more easily. I think when I do a thrummed cap again I’ll use shorter thrum and put a half hitch in each thrum as I add it to keep it in place.

Husband: What do you think of it?
Me: It’s awful. I love it.

As I posted elsewhere, “I can’t decide whether I really like the Thrum cap(aka objectionable dreadlocks cap) or if I’m stealing future mirth from thinking about the squinty disdainful look I’m going to get from my husband every time I wear it where he can see it. I’m kinda 50/50.”

Thrum hat after fulling. I definitely like it better with the brim rolled up.

I fulled this in two bouts.
Bout 1 may have been a bit more vigorous than it should have. The hat went from loose-y goose-y knit hat to “fulled into a semi-solid mass”. I got so caught up in waulking the hat that I didn’t flip the thrum side out soon enough to separate the thrums in a controlled fashion and they matted down into a lot more solid mass than I was expecting.
Bout 2 I let it rest for a day and then decided I needed to give the edge a bit more working over (the edge at that point was still a bit loose) and spend some time specifically felting down some of the very pointy thrums.

The thrums are still a bit more pointy then my modern sensibilities would like. I’m going to let it dry like this and wear it a few times. If I’m still miffed about the very-pointy thrums I’ll go back and use a scissors to shape the thrums a bit shorter.

I highly recommend the pattern from Ravelry. It was very easy to follow and all of $4. 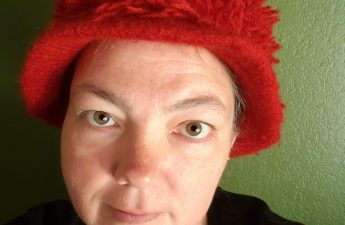 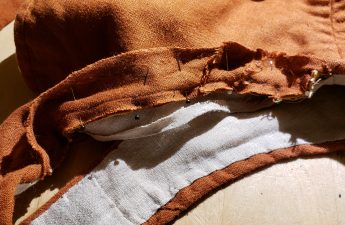 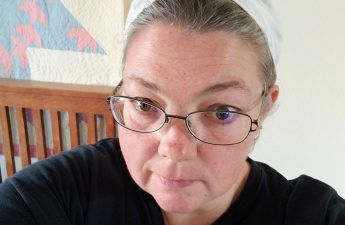