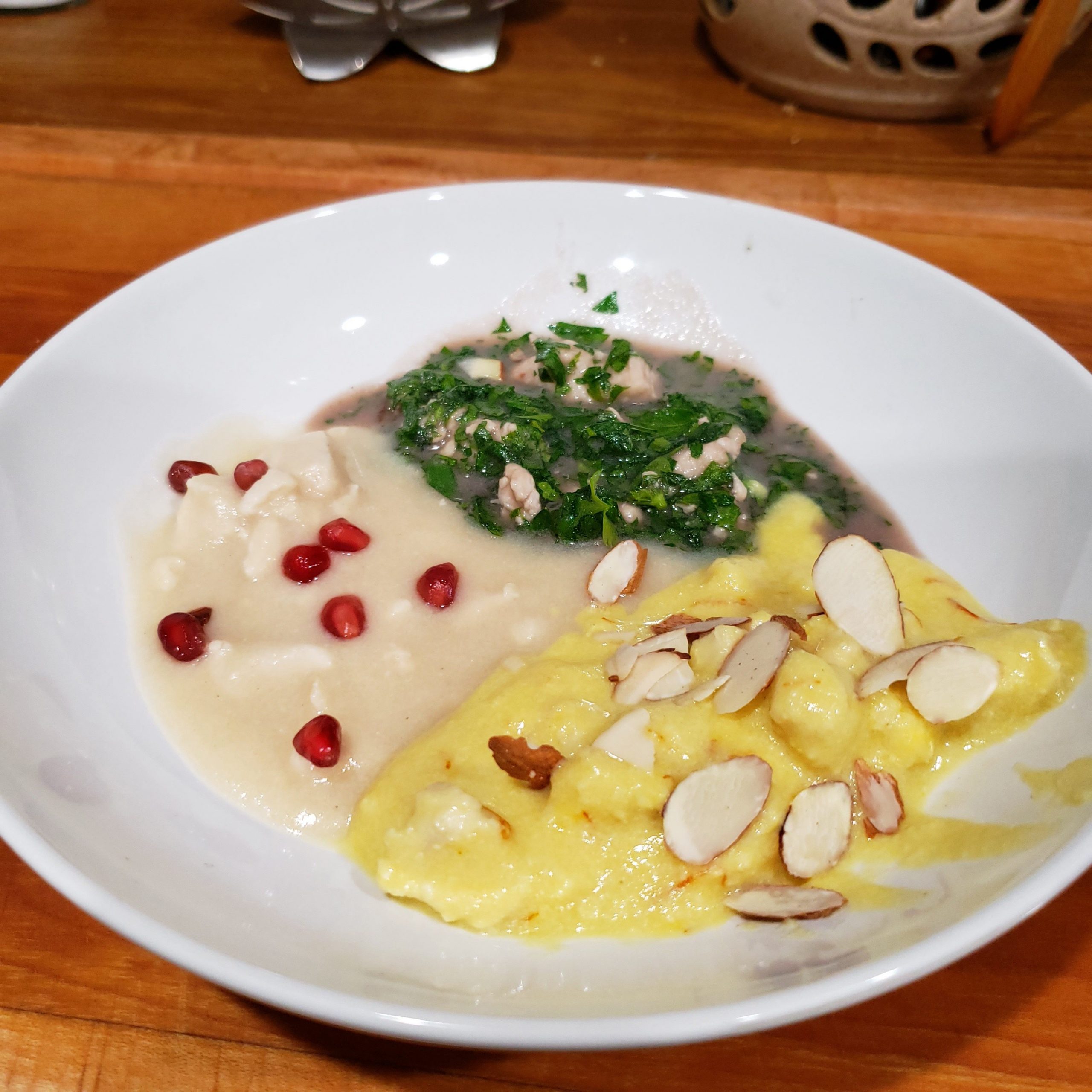 This was redacted for the Virtual cooking challenge #6 – Vert desire which was posted on the SCA Virtual Classroom and Artisan Display.

Kinehild suggested this Middle English dictionary which was very useful in puzzling out this recipe: https://quod.lib.umich.edu/m/middle-english-dictionary/dictionary?utf8=%E2%9C%93&search_field=hnf&q=itried

Blanc (white)
1/3 cup dry sherry (white wine)
1 Tbsp white sugar
1 tsp grated ginger.
1 more Tbsp rice flour
Pomegranate seeds to decorate
Stir to combine. I found this to be too thin for my liking so put this back over medium heat and I added 1 more Tbsp rice flour (noted in the ingredients above).

Vert (green)
1 Tbsp white sugar
1 bunch parsley, minced fine
1/3 cup Two-buck Chuck – Merlot (red wine)
I minced the parsley, moved it to a bowl, added the red wine and then added this mixture and the sugar to this third. Stir to combine. This one was thick enough and it was green.. but the not-green portion became a very unappealing grey color.

Jance (yellow)
pinch saffron
4 Tbsp almond flour
salt to taste
Sliced almonds to decorate
I let the saffron set in this third for a while to release the color and then added the saffron and salt to taste. The original calls for whole almonds and blanched almonds. I had none of those so I used almond flour. This third strayed furthest from the original texts.

I dished all three of these into a white bowl (to show off the lovely colors) and then garnished with pomegranate and sliced almonds.

Post Mortem:
It’s a pretty dish.. but I really don’t care for the flavors of any of the colors except for the yellow. The Yellow as okay.. but not my favorite dish of all times.

The base (almond milk + chicken + rice flour) has the consistency (and flavor) of library paste with chicken in it. The add-ins for each of the thirds did not wholly convince me that this is something I would want to serve to other people. The three-colors theme has potential.. but it needs a lot more work.

2/10 stars. As written I would not make this again. If I needed a three color dish I might play with the recipes.. but as a first draft.. this would get at best a grade of D. 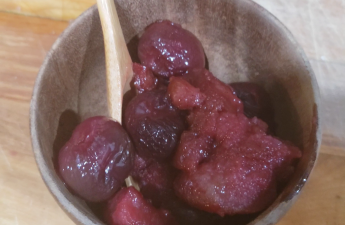 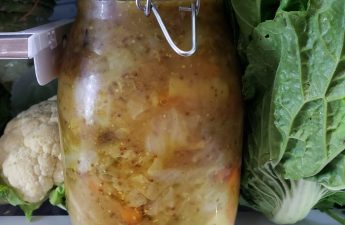 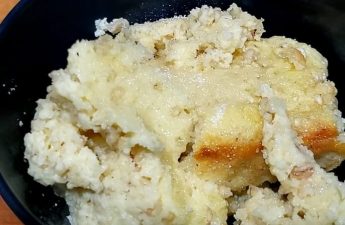