I’m on a kick.. and for once it’s a cooking kick, not a sewing kick. So bear with me.

The most recent Dietary Guidelines for Americans, released in January 2011, recommend that all adults eat at least half their grains as whole grains – that’s at least 3 to 5 servings of whole grains. Even children need 2 to 3 servings or more.
Where a serving of whole grain is defined as any of the following:

Whole grains or foods made from them contain all the essential parts and naturally-occurring nutrients of the entire grain seed in their original proportions. If the grain has been processed (e.g., cracked, crushed, rolled, extruded, and/or cooked), the food product should deliver the same rich balance of nutrients that are found in the original grain seed.

This definition means that 100% of the original kernel – all of the bran, germ, and endosperm – must be present to qualify as a whole grain.

Oilseeds and legumes (such as flax, chia, sunflower seeds, soy, chickpeas, etc.) are not considered whole grains by the WGC, the AACC International, or the U.S. Food and Drug Administration (FDA).

I need to get more whole grains. I’ve known this for a while.. I keep hearing “you should eat more whole grain” so we switched to a whole grain bread and use brown rice instead of white rice. But I suspected that wasn’t enough to actually get the 3-5 servings they recommend. Then, a few months ago I bought lunch at a nearby cafe and they had a whole grain salad (Farro with goat cheese and almonds). It was super lovely fantastic. So for the last few months I’ve been experimenting with different grains and different salad recipes (recipes blogged on one of my other blogs under Whole Grain Salads). These salads make a light and filling dinner and even better, work well as lunch for a few days after.

In experimenting with the salads it occurred to me that I don’t really know what I’m doing. I don’t now a whole grain from a stealthed pasta (couscous is NOT a whole grain). I didn’t know that Farro, rather than being a unique species of whole grain, is yet another species of wheat… or that Bulgur, is a form of any wheat, not a special whole grain. So I started to dig.. and lucky you, I like to document what I find so I don’t forget it. So I’m blogging my findings.

This is tangentially related to SCA things since I’m looking at these grains and salads to come up with reasonable period choices for foods. One of my goals is to come up with a plausible salad which could be made a home, and would store in a cooler for a few days (ie, not meat, no diary, nothing that would easily spoil). I’m close.

The non-comprehensive list below includes grains which you can probably easily find at the regular grocery store, the hippy grocery store or online.

Barley (HORDEUM VULGARE) – One of the oldest cultivated grains. In 1324 Edward II of England standardized the inch as equal to “three grains of barley, dry and round, placed end to end lengthwise.” Has a very tough hull.
Corn (ZEA MAYS MAYS) – New World. Sometimes viewed as a nutrient-poor starch – both a second-rate vegetable and a second-rate grain.
Millet (PANICUM MILIACEUM, PENNISETUM GLAUCUM, SETARIA ITALICA, ELEUSINE CORACANA) – One of several related grains which have been cultivated around the world for thousands of years.
Oats (AVENA SATIVA) –
– Steel-cut oats, Pin oats, Scottish Oats, Irish Oats. Oat grains which have been sliced once or twice into smaller pieces.
– Rolled oats, “old-fashioned” oats. Oat grains have been flattened and steamed to make them quicker cooking.
Rice (ORYZA SATIVA) – Whole-grain rice is usually brown but can also be black, purple, or red. White rice is refined, with the germ and bran removed. Rice thrives in warm, humid climates.
Rye (SECALE CEREALE) – Thrives in areas too wet or cold for other grains which is probably one of the reasons it is a traditional part of cuisine in Northern European and Russia.
Sorghum / Milo (SORGHUM SPP.) – Believed to have originated in Africa.
Teff (ERAGROSTIS TEF) – Tiny grain primarily grown in Ethiopia, India and Australia.
Triticale (X TRITICOSECALE RIMPAUI) – Modern. A hybrid of durum wheat and rye that’s been grown commercially for only thirty-five years.
Wheat (TRITICUM AESTIVUM; TRITICUM TURGIDUM)
– Bread wheat (TRITICUM AESTIVUM VULGARE) – described as “hard” or “soft” according to protein content(Hard wheat has more protein, including more gluten, and is used for bread, while soft wheat creates “cake flour” with lower protein); as “winter” or “spring” according to when its sown; and as “red” or “white” according to color of the kernels.
– Bulgur (TRITICUM SSP.) – Wheat kernels which are boiled, dried, cracked and then sorted by size. Most often made of durum wheat, Bulgur can be made of any wheat (hard, soft, red or white). Because it is pre-cooked bulgur only takes about 10 minutes to cook (or 30-60 minutes to soak/steam).
– Durum (TRITICUM TURGIDUM DURUM) – used for pasta. Lower gluton.
– Einkorn (TRITICUM MONOCOCCUM L) – Thought to be the most ancient of wheat varieties available today. Hard to thresh. Drought tolerant.
– Farro / Emmer (TRITICUM TURGIDUM DICOCCUM) – Ancient strain of wheat. Standard ration of the Roman legions. Gradually abandoned in favor of durum wheat which is easier to hull. “Pearled” or “pearlato” farro (most commonly available) is no longer technically a whole grain as the hulls have been removed.
– Freekeh / Farik / Frikeh (TRITICUM TURGIDUM VAR. DURUM) – Hard wheat which is harvested when the plant is still young and green. The grains are then roasted and rubbed. Originates in ancient Egypt.
– Kamut® Khorasan Grain (TRITICUM TURGIDUM TURANICUM) – Also called “King Tut’s Wheat”. Possibly originates in ancient Egypt.
– Spelt (TRITICUM AESTIVUM SPELTA) – A variety of wheat that was used before the spread of fertilizer and mechanical harvesting.. Referred to by St. Hildegard in the 12th century. “The spelt is the best of grains. It is rich and nourishing and milder than other grain. It produces a strong body and healthy blood to those who eat it and it makes the spirit of man light and cheerful. If someone is ill boil some spelt, mix it with egg and this will heal him like a fine ointment.”
Wild Rice (ZIZANIA SPP.) – New world. Not rice. It’s the seed of an aquatic grass originally grown by indigenous tribes around the Great Lakes.

“Pseudo-cereal”
Amaranth (AMARANTHUS SPP.) – New world. Staple of the Aztec culture. High level of protein.
Quinoa (pronounced keen-wah)(CHENOPODIUM QUINOA) – New World. Comes from the Andes, it was cultivated by the Inca. Botanically a relative of swiss chard and beets rather than a “true” grain.
Kañiwa / Cañihua (pronounced kah-nyee-wah)(CHENOPODIUM PALLIDICAULE) – New world. Comes from Peru and Bolivia. High level of protein.
Buckwheat (FAGOPYRUM ESCULENTUM) – Botanically a relative of rhubarb and not a “true” grain. 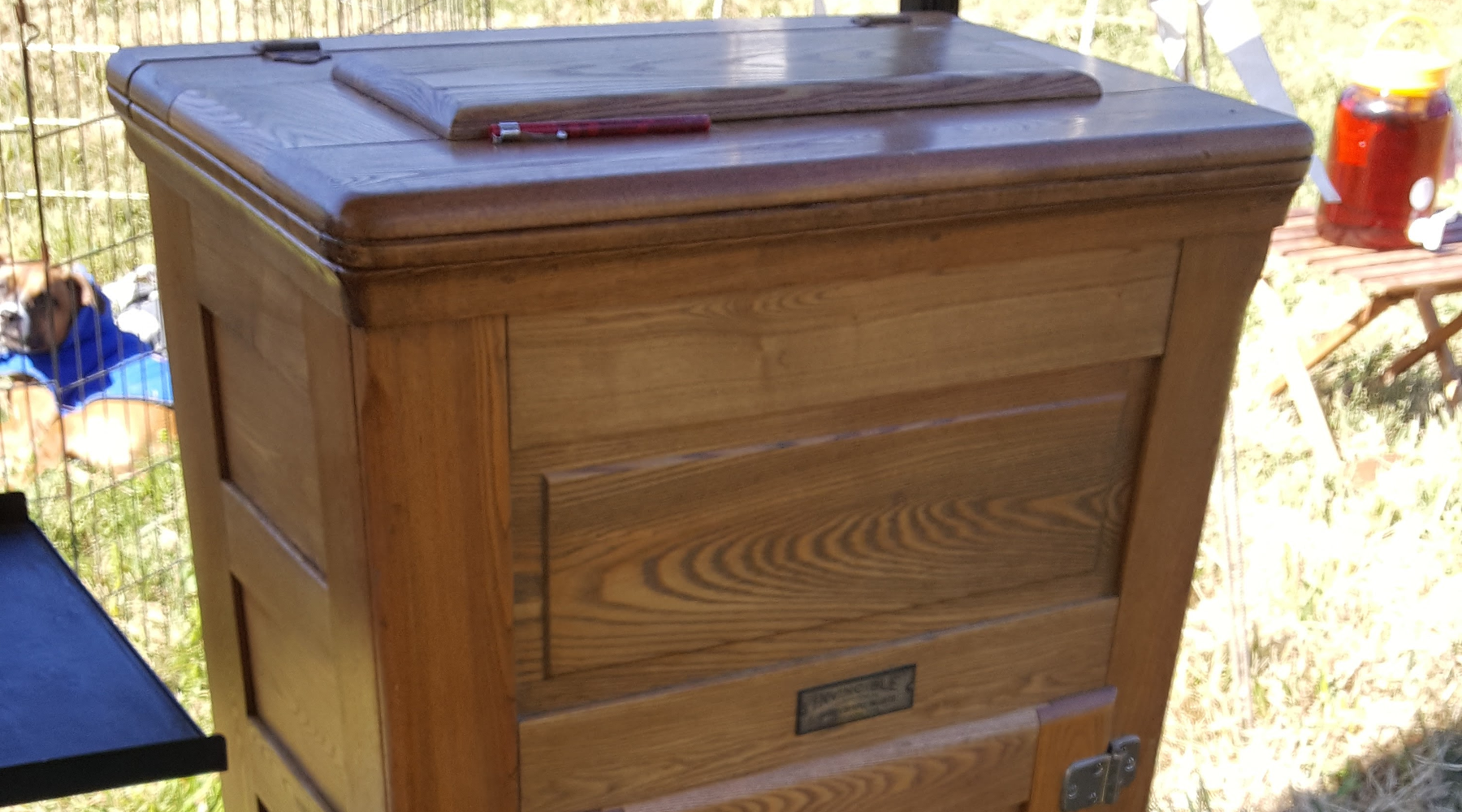