I’ve often joked that every time I fit myself for a new self-supportive kirtle I lose 50 lbs (friends have also remarked that if that really worked then they would never stop fitting themselves for new kirtles). This time is a little bit different in that the reason I’m doing a new fitting is because I am currently down about 25 lbs from where I was when I made Hannah “Brown” kirtle and it’s starting to no longer work as a “supportive” garment. See previous iteration at In pursuit of a better kirtle.

It’s been about a year and a half since I made the last dress and despite the fact that I haven’t been posting much here (and I haven’t been actively creating things from the early 16th century) I’ve still been reading quite a bit of very interesting and illuminating books and since I’ve been distracted with other eras (6th c. Kentish Anglo-Saxon/10th c. Norse) the ideas have had quite a bit of time to marinate. So when I finally came back around to wearing early 16th century garments and finally got to the point where I need to make a new 16th century kirtle the ideas that had been mostly in the back of my mind sprang to the front and demanded attention.

Foremost among those is the thought that “I’ve done it all wrong”. To be fair, I did what seemed logical (given no other guidance) but under new light the old ways were.. well wrong. The thought exercise goes like this: “If I’d done the previous dresses ‘right’ then I would be able to adjust the fit of the garment so that it works for me over a wider range of weights. BUT, since the method is ‘wrong’ instead I have to create a whole new garment to adjust the fit.” I was aware that my previous method of creating the kirtles was not very tolerant of size changes.. and for the most part I’ve lingered in the neighborhood around the original size so that the dresses have been usable for about the last 5 years. Not bad.. but I could have done better. Funny enough, the “better” way to do it was probably the more period way too. I’m not 100% certain on that.. but all signs point to it.

The primary influence here was Mathew Gnagy‘s book “The Modern Maker Vol. 1: Men’s Doublets“. I resisted buying this book for a long time since my husband has no interest in wearing a late period doublet.. and the pattern considered here is a 17th century doublet. It’s out of period for the SCA.. and I just didn’t see how this was going to be useful. Boy was I wrong-ish. Mathey Gnagy comes from a bespoke background. This is the methods use by super-high end tailors to make stunning modern suits. Mr. Gnagy has taken his knowledge as a high end tailor and reviewed “period” garments and then written a book detailing the steps you need to go through to get the proper silhouette with traditional tailoring techniques. It’s all the things I wanted to know about “how did they do it” beyond basics questions that no one was writing about. Reading this book made me super anxious for him to publish the next two books he’s committed to write (Pattern Manual: 1580-1640 due by end of 2017 and Women’s Kirtle coming up after that).

This book led me to “17th-Century Men’s Dress Patterns” which was just published this year. After I received that book and read over it I found out that they had already published another book with Women’s patterns. Both of these are fabulous additions to a late period recreation library. 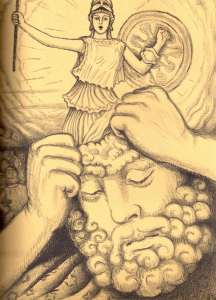 In short the method is to create the garment with the outer fabric and the interlining and sew this all together (seams, eyelets, binding, etc) and then attach the lining in such a way that the lining could be easily removed in order to make alterations to the garment. Reviewing the patterns I’ll also need to change the shape to be more period correct for the late 15th century (more shallow point/no point at the bottom of the bodice). Sadly, because Mr. Gnagy’s other books aren’t out yet I’m having to extrapolate both from the 17th century way of doing things.. and the “men’s” way of doing things. So, since the “right” books aren’t yet available (and I totally could not afford to participate in Mr. Gnagy’s Kirtle workshop earlier this year) I will again be making my best guess.. but this time I hope it’s a better guess. 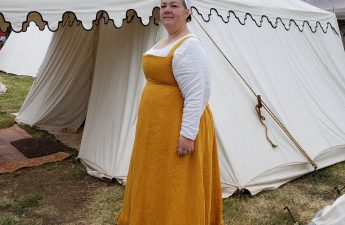 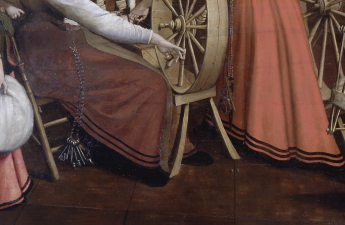 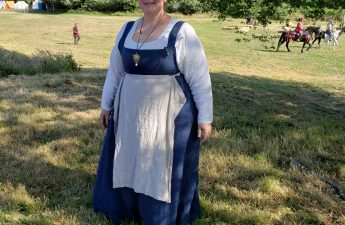